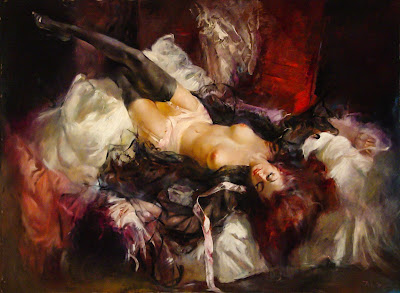 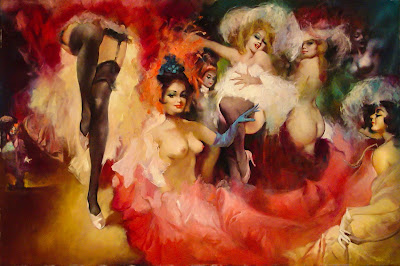 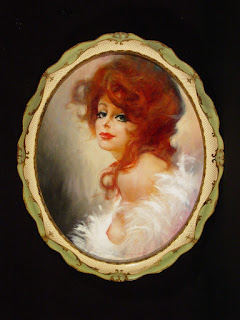 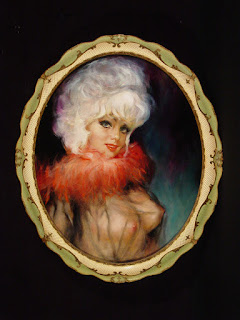 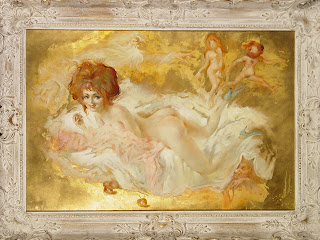 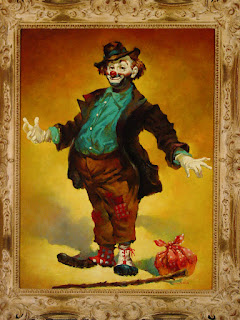 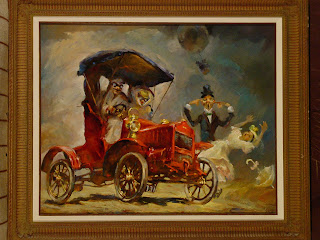 `Back-in-the-day', when the Silver Slipper was built, it was the most exciting place in LasVegas.

You entered into a relatively small entry, about the size of a large bedroom today.   You passed through the entry to go into the casino where the bars, and showrooms were.  As you passed through the entry, on each side wall, there was a large Julian Ritter painting. Bawdy, titillating, highly sexual and arousing.    It was everything the owners had wanted. Like walking into a Bordello.

A crystal chandelier hung from the ceiling. The walls were covered in ornate Victorian Wall coverings, and all around were floor to ceiling Brocaded Drapes.  Colors of deep wine reds and burgundies, purples and magentas, detailed with gold lame tie ropes.

On the right was reclining Nude, about 4 feet high, and about six feet long. A reclining nude model with her head laying off the edge of a bed, and her hair flowing about. Her long sensuous legs, in stockings,  raised up on pillows, and her arms spread wide. Decadently sensual and brazen.


On the Left was a similarly sized painting, a composite of showgirls, breast, legs, and buttocks. There are magical finds in the recesses, picturing a clown figure and other surreal images of nudes.  The painting concocted images in viewers minds, of what they would likely find inside. And could find, no where else.


The eye popping and vibrant luminosity of the flesh tones, as only Julian could paint them, radiated in contrast to the dark background of the paintings, shown intimately in a dark room of brocade walls and drapes. All working perfectly to entice people into the casino to see and want, more. 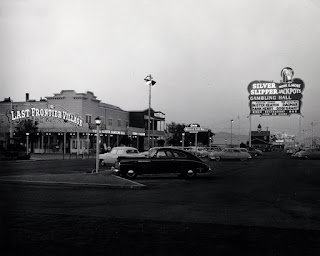 Based on the social mores of the times, these paintings were shocking. That they were painted in such a masterful hand, so as to create that illusion of skin you could, and wanted to, touch. Unknown by many, it was Benny Binion and Moe Dalitz who 'okayed' the first purchase of Julian's paintings.  Benion told Julian of his plans for a "Silver Slipper" , and directed him to paint a series of paintings that bespoke of a Gay Nineties Bordello.

The Silver Slipper Collection was renowned. People were coming to the Slipper, just to see the paintings they had heard so much about.  The collection, which started at 13 pieces in the Frontier, grew to over 30 pieces by the time Julian was done adding to it . The last painting was added to the Collection,  circa 1964. 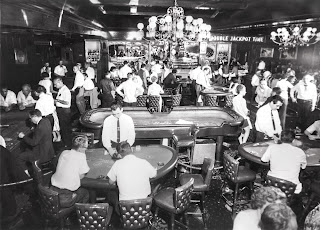 In 1968 a painting was stolen off a wall inside the Slipper.  After discovery by two of Sheriff Lamb's Detectives, they found that the thief didn't steal the painting to sell or make money. He simply liked the painting, and wanted to hang it on the living room wall of his apartment.  Where the Detectives found it. 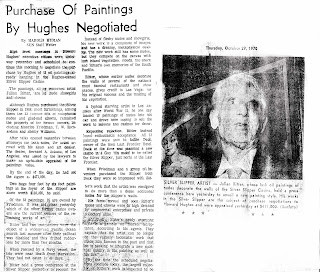 As part of the negotiations, Julian and his dealer at the time, Bernie Schanz, were flown to Las Vegas to do an Appraisal of all the paintings. The Appraisal of the Collection at that time, was almost a half-million dollars.  This, was not long after Julian had been miraculously rescued by the USS Niagara Falls, aboard the ill fated Yawl, Galilee.

For more information, and more stories about the life and art of the amazing Julian Ritter, please go to the website for Julain Ritter, as well as the Facebook Page.
Posted by Unknown at 7:47 PM No comments: